skip to main | skip to sidebar

Tie Me Kangaroo Down, Pete... 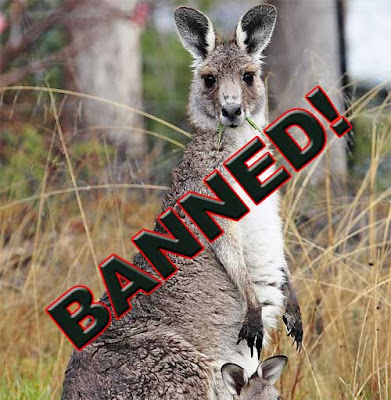 What is it about bloody Rolf Harris songs that make them so catchy? I can still hear "Two little boys..." rattling around my synapse as I try to get over this shocker.

Peter Freeman of the Competition Commission (Christ, there's nominative determinacy again!) has decreed that Project Kangaroo is going to end up as dog food after all.

For those of you living under a rock these past few months, Kangaroo was the name given to the project for BBC to offer on-demand iPlayer content from other providers including ITV and Channel 4.

Here's the thing, Mr Freeman - they decided it was better for the viewers (and we pay for this service after all) so what the fuck gives you the right to stick your snout in?

The Competition Commission? Oh so it does.

Marc Draco
Tub-thumping atheist, skeptic, Liberal. Foul-mouthed pragmatist.
And I really know where my towel is.